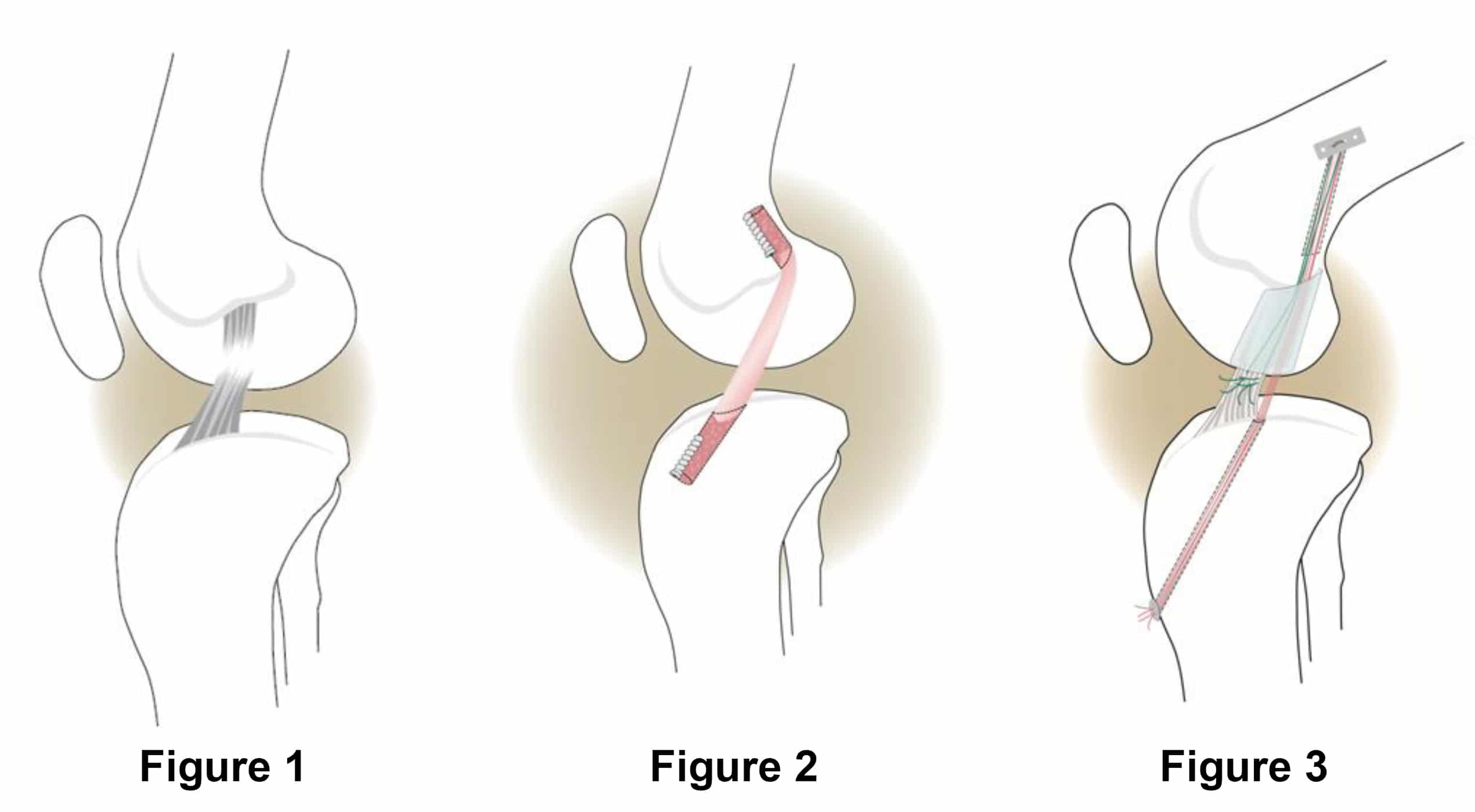 The anterior cruciate ligament (ACL) of the knee is one of four ligaments between the femur and the tibia that helps keep the bones together and stable during movement. Injury to this ligament can lead to knee pain, a feeling of your knee buckling or giving out from under you, and decreased knee range of motion. Spraining or tearing of the ACL is one of the most common knee injuries in humans. Depending on the severity of the injury and the person’s age, physical therapy may be the first treatment option to stabilize the knee. If symptoms do not improve with conservative management, surgery is often considered next.

Currently, the standard surgical technique is called ACL reconstruction and involves removal of the torn ends of the ligament and replacement with a tissue graft. A tissue graft is tissue from another part of the body (usually hamstring tendons) or a cadaver. The tissue graft acts as scaffolding for a new ligament to grown on. Recovery is lengthy and patients are at a higher risk of developing arthritis 15-20 years post surgery (Boston Children’s Hospital).

A new surgery, called “bridge-enhanced ACL repair, or BEAR,” has been developed by Dr. Martha Murray and her team at Boston Children’s Hospital. The technique places stitches and a sponge injected with the patient’s own blood between the ends of the torn ACL to stimulate healing of the original ligament instead of replacing it. Over six-to-eight weeks, the ends of the torn ACL grow into the sponge and reconnect.

There is potential for the BEAR technique to allow quicker recovery of strength after ACL surgery and possibly reduce the long-term risk of arthritis in the injured knee. At this time the surgery is experimental and being performed through clinical trails to determine long term risks and benefits. To learn more about the clinical trials, click here.